For this exclusive collaboration between the Louvre and Cinabre we wanted to incorporate various key facets of the museum: La Tradition Française, on the one hand, and 21st century pop symbols on the other. These paradoxes resonate well with the values of Cinabre, a blend of timeless and modern, traditional know-how and a taste for the quirky. 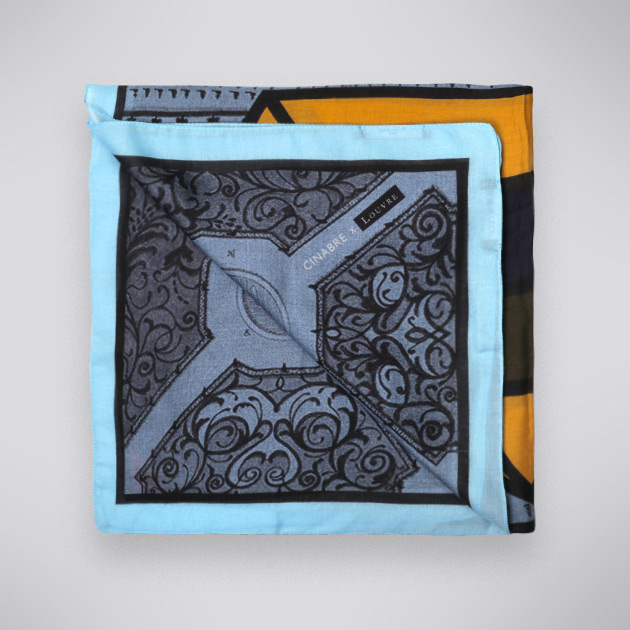 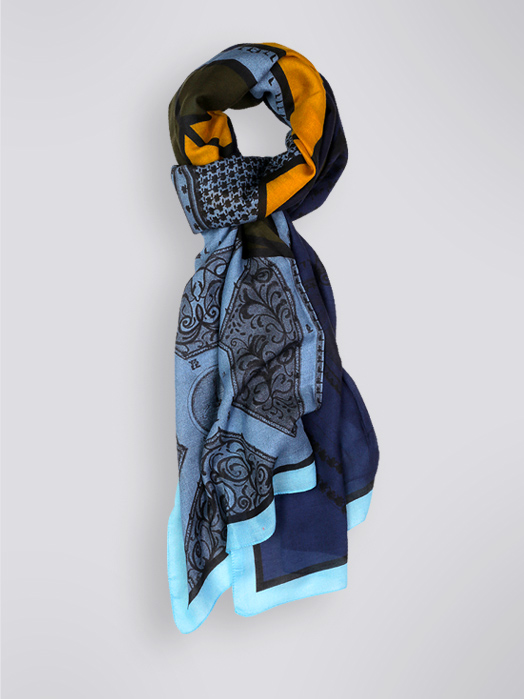 Pei’s pyramids hover over the Tuileries Garden like UFOs. The designs are only revealed when the scarf is unfurled to its 2-meter length (79 inches), like a painting. Made in France, of course, the scarf is meticulously crafted with the same attention we give to all our products.

“An architectural joke, an eyesore, an anachronistic intrusion of Egyptian death symbolism in the middle of Paris, and a megalomaniacal folly imposed by Mr. Mitterrand” (NY Times, 1985). The intense controversy sparked by the Louvre pyramids even before their unveiling may sound surprising today. We have a lot of respect for such a daring choice, which actually ended up perfectly incorporated into the history and architecture of the museum, to the point of becoming one of the city’s most iconic symbols. Paris knows better than to be confined to a single postcard, further proof of its vitality and resilience. Betwixt the madness of a flying pyramid and the classicism of a French garden, our scarf pays tribute to this assumed disparity, which speaks to us in particular. After all, at Cinabre, we love taking men's accessories out of their traditional, slightly conservative world. 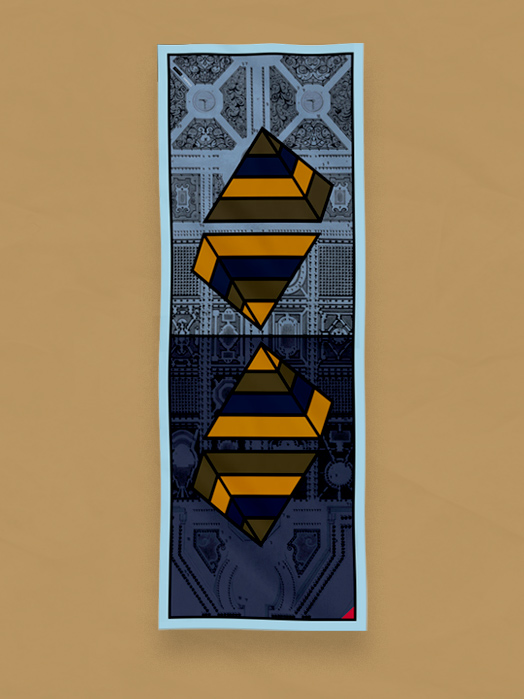 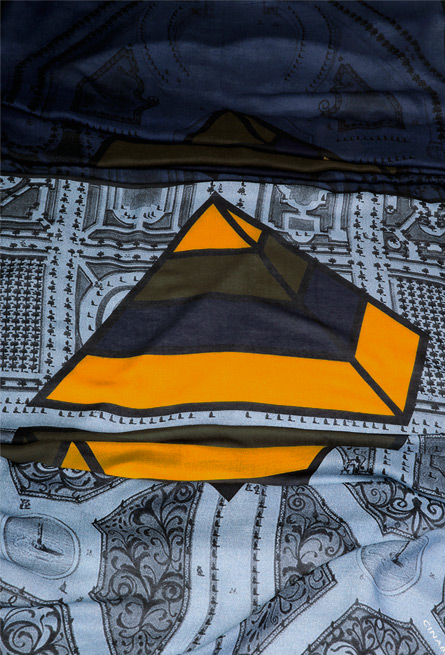 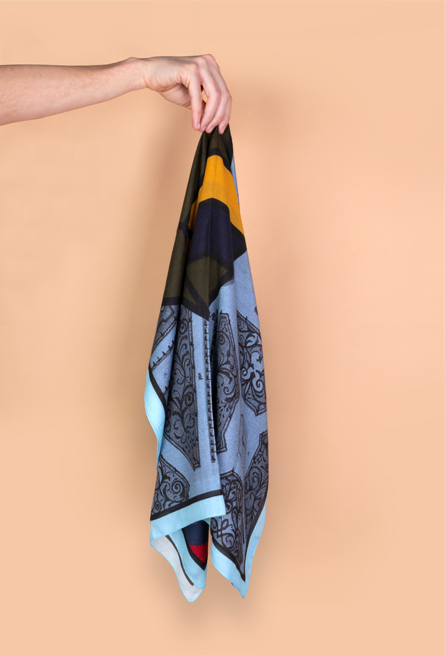 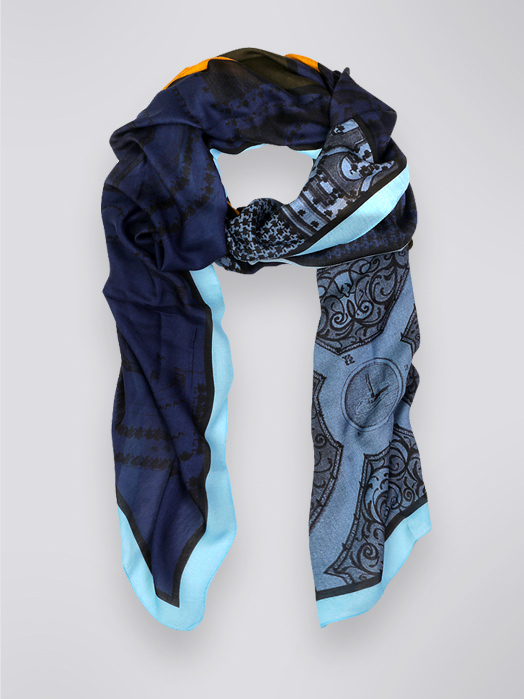